Storytelling, Freytag Pyramid & how UpGrad & Big B nailed it.

The latest UpGrad digital film titled, ‘Why is BIG B so angry?’ plays out the Freytag  pyramid to near perfection (kudos to the agency, The Womb Communication ). Note, 3 weeks on YT, and the film has racked up 7+ million views.  The film works because it glides up and down the Freytag Pyramid Acts with aplomb. Here’s how it does it, and elicits the right neurological responses from its viewers – Act 1 – EXPOSITION (inciting moment) – 0.00 – 0.15 – Fictional elements are introduced – the characters, setting, conflict; i.e., the world in which the story is going to unfold. Big B makes his angry entrance into the UpGrad office! Act 2 – COMPLICATION (rising action) – 0.16 – 0.58 - The plot thickens. Things get worse and the main character’s emotions and actions sink in further. The viewer takes in the magnitude of the rage being dished out. Big B continues his destructive rampage in the UpGrad office. NEUROLOGICAL RESPONSE – Viewer brains are producing the stress hormone Cortisol. This a
Post a Comment
Read more

THE ESSENTIALITY OF EVERY VALUE CREATING ACT 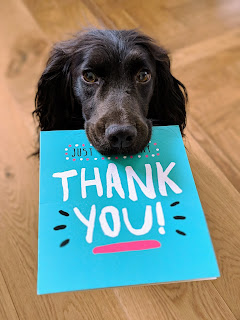 My kids & the Power of Authentic Marketing

The Zomato nightmare, spurious loyalty, and the limitation of data.

The business & marketing dangers of the ‘Kick the Dog Effect’

What Sunny’s should have done that Central Tiffin Room did.

The Opportunity Polar Bear Ice Cream lost, and how Brick & Mortar can fight back!