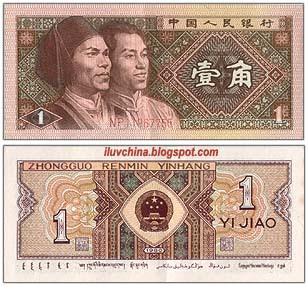 The BB blog had an earlier post titled, 'Plastic nation', where society's usage of plastic cards to transact was illustrated (an article by Robert J Samuelson). But there are places where cash still reigns supreme. Take China for instance. This Time Magazine story talks of usage of paper currency in China, which in fact was the source of the same (paper currency), in the year 600 A.D..

The Chinese are believed to have issued the world's first paper currency around 600 A.D., and fourteen centuries later, cash remains king. Cars and houses are bought, and even salaries are often paid, with thick envelopes of bills. To date, banks have issued only slightly more than 50 million credit cards to a population of 1.3 billion, according to a recent study done by the payment processing company First Data International. Credit card debt remains minimal — 85% of cardholders pay the full balance off each month. By comparison, Americans possess 640 million cards — more than double the population — with the average card-holding household owing an estimated $9,500.

One reason for this disparity is that only 4% of merchants in China even accept credit, concerned that handling fees will eat into already tiny margins. Nowhere is that more clear than Luohu Commercial City. By its very nature, such a robust trade in fake products couldn't survive without cash. Shopkeepers make change from wads of renminbi stuffed in suitcases or pockets. At the few stalls that do accept plastic, it's not without an extra fee that can range anywhere from five to 20%. When, after six hours of shopping and short on funds, I couldn't even use my Amex to pay for dinner. "Cash only," the waiter insisted.