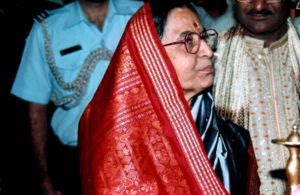 India will soon have its first woman president.

Given the numbers it's a foregone conclusion that the country is going to get its first woman President. UPA nominee Pratibha Patil, backed by the Left and the BSP, can expect over six lakh votes.

Jo Johnson, writing in the FT, opines, 'Thursday could have been another day to celebrate the many wonders of Indian democracy. Few, however, are cheering the fact that India, which already boasts a Sikh prime minister, a dalit (formerly known as “untouchable”) Supreme Court chief justice and, in Sonia Gandhi, a Christian at the head of the largest party, will almost certainly for the first time elect a woman as president and head of state.'