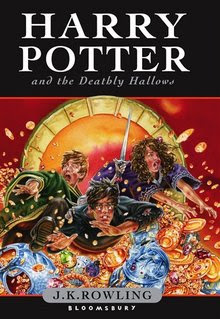 The seventh and final book in the Harry Potter series looks on course to become the fastest and the largest selling Harry Potter edition ever.

A spokeswoman at Bloomsbury, Potter's British publisher, was quoted by the Observer newspaper as saying British sales of the final instalment could reach 3 million copies in the first 24 hours, up from 2 million with Half-Blood Prince. Borders Group Inc, the second-largest US bookseller, says it sold about 1.2 million copies in the first day at its 1,200 Borders and Walden books stores globally, compared to 850,000 copies of the sixth Potter book in its first day. Online retailer Amazon.com received 2.2 million pre-orders for Deathly Hallows, up 47 per cent on book six.

But all these sales have not cheered bookstores. Deep discounts being offered on the latest Harry Potter book may mean that many bookstores will struggle to turn a profit from the jamboree. Online retailer Amazon.com and Wal-Mart in the US have slashed nearly 50 per cent off the book's $US34.99 ($A41.67) list price, forcing many independent booksellers to follow suit to stay competitive. Barnes and Noble and Borders, the world's largest booksellers, are selling it at 40 per cent off.

Retailers are trying to make up for the shortfall by marketing loyalty cards, which they hope will entice shoppers back into their stores.