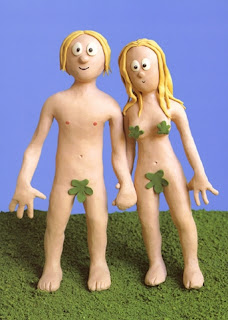 Gina Kolata in the NY Times : EVERYONE knows men are promiscuous by nature. It’s part of the genetic strategy that evolved to help men spread their genes far and wide. The strategy is different for a woman, who has to go through so much just to have a baby and then nurture it. She is genetically programmed to want just one man who will stick with her and help raise their children.
Surveys bear this out. In study after study and in country after country, men report more, often many more, sexual partners than women.
One survey, recently reported by the federal government, concluded that men had a median of seven female sex partners. Women had a median of four male sex partners. Another study, by British researchers, stated that men had 12.7 heterosexual partners in their lifetimes and women had 6.5.
But there is just one problem, mathematicians say. It is logically impossible for heterosexual men to have more partners on average than heterosexual women. Those survey results cannot be correct.
Assumption : Suppose that on the day after the prom, each girl is asked to give the number of boys she danced with. These numbers are then added up giving a number G. The same information is then obtained from the boys, giving a number B.
Theorem: G=B
Proof: Both G and B are equal to C, the number of couples who danced together at the prom. Q.E.D.”
Then what about survey results?
One is that men are going outside the population to find partners, to prostitutes, for example, who are not part of the survey, or are having sex when they travel to other countries. Another, of course, is that men exaggerate the number of partners they have and women underestimate. But the most likely explanation, by far, is that the numbers cannot be trusted.
Pic : www.juliantrubin.com
Email Post

Anonymous said…
Likelihood to cheat may be in your DNA, study says:

Relationship quizzes in magazines are fun, but a test for genetic compatibility might be the better way to go to see if your wife or girlfriend will cheat on you.

A new study reveals that a cluster of genes, involved in immune function among other things, could predict how sexually attracted a person is to a partner and how likely a woman is be faithful to her mate. Couples in which the individuals had dissimilar versions of so-called major histocompatibility complex (MHC) genes had the greatest sexual compatibility.

A psychologist on a T.V show said that, studies have showed Cheating can actually make a person more faithful. Sounds ironical? It seems, people having cheated once, want to prove how much they really care for their partner and want to wash away their load of guilt with their love and by proving that they can be faithful. What a world!!

Speaking of the world, animals once regarded as exemplars of faithfulness, such as gibbons and swans, are now known to cheat, abandon and even "divorce" one other, just like humans. Crazy, ain't it?

In the U.S people believe in discribing their infidelity to the utmost detail, as if it is a way to wash way their sins. They simply open up to their heart's content. Whereas people in Europe especially France seem to be more matured and avoid tormenting their spouse with the horrid details.