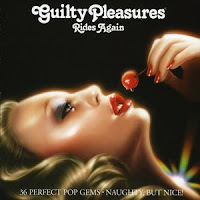 A new survey in Britain reveals just how much women spend on 'secret wardrobes' their husbands know nothing about.
Research by Debenhams has uncovered the fact that British women own £1.4 billion worth of clothes they feel guilty about and the purchase of which their husbands or partners know nothing. Only around one in five of my new purchases is officially presented - usually the genuine bargains. The rest are gradually assimilated into the secret wardrobe. Other women apply different strategies, including the pretence that they've owned the new clothes for years - "since before we were married, darling".
According to Debenhams, 17 per cent of Britons pretend to their spouses they've owned new clothes for years. Some adopt a high-risk strategy - high risk for the clothes - of putting the new purchases straight into the wash to age them instantly.

So why the guilt? Women pull their weight financially, so if they chuck their disposable income at leather accessories, rarely exercised gym memberships and blow-dries, then surely that is their business.
A spokeswoman for Debenhams believes she has the answer. "Women have always loved to shop and this has become more prevalent over the last few years due to higher earnings, resulting in more disposable income and the sheer amount of fast fashion available on the high street," she said. ''As most men do not share this shopping obsession, they tend not to understand why women need clothes or shoes to suit all occasions, so it makes life easier at home for women to conceal purchases and avoid any challenging questions."
Pic : img.tesco.com
Email Post