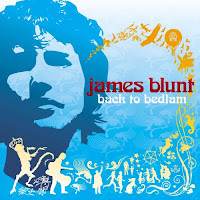 Why does an album that features a song voted 'the most irritating song' sell 11 million copies? In fact, the album was announced as the new century’s most successful album by a British artist.
The album? 'Back to Bedlam', the artist, James Blunt.
An article in the Times, tries to answer two questions. 'How – or, perhaps, why – did James Blunt become such a success? And what has this success done to him?'
Lets look at the first question. James Blunt describes songwriting as an 'emotional outlet, where he says, to strangers what he feels; He can’t express it in conversation, but he expresses it through this magical medium of music,’ and they respond, that’s just how they feel too. That's why they buy his albums. No prizes for guessing what the ones who didn't buy felt.
Now this is a lesson marketeers can learn while marketing 'creative outputs'. That is, they can't follow a staid standardised formula to churn out an output that would then be expected to strike a chord with target consumers. It never works that way. This is primarily the reason why most record companies fall out with their artists. The reason why record companies resist the lure of 'creativity' is so that they run lower risks. but that's exactly why they fail even after a well oiled marketing machinery does what its supposed to do. The flip side to this carries risks too, i.e., allowing the artist to carry on to the domain of marketing which again is not his area of expertise.
Therefore, the middle ground is, for the artist and the marketer to know what their respective parts are, and to play that to perfection. If done with care, albums will sell.
Album Cover : www.radioparadise.com
Email Post

Anonymous said…
I love his song "you're beautiful" which topped many charts...but can't figure out the correlation of the song and the vedio. Why does he shed his clothes (sooooooooooo slowly until the song nearly finishes) and then jumps into the river?? Either he wishes the viewer to repeat what he says : yeah you're beautiful! or he perhaps forgot the lyrics... it must have been "I'm beautiful"

He sings "It is time to face the truth...I will never be with you" and jumps into the water. Perhaps symbolising that he can't be with (???Himself???). There is a joke on similar lines. A frog and a guy start arguing....the frog is no more able to resist and jumps into the water....The guy says...."Gosh! why did you have to commit suicide"....same goes for James blunt! that too sans clothes...whats the point anyway?? It's too cold down there dude!

The videos for all of Blunt's singles released from Back To Bedlam feature symbolism and dark imagery. In the first video for "High", he is buried in a desert. In the first video for "Wisemen", he is kidnapped and taken hostage. In the video for "You're Beautiful", he alludes to suicide by jumping off a cliff into the sea. The re-release video for "High" then features Blunt running in a forest. The re-release video for "Wisemen" has Blunt burning identification papers, and then walking through a forest while he is on fire. And in "Goodbye My Lover", he is the outsider in a love triangle, forced to imagine the couple, a man and woman (played by Matt Dallas of Kyle XY and Mischa Barton of The O.C.) together.

Check this article on Himesh featured in the Outlook,