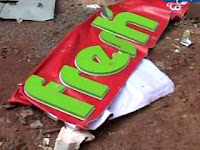 Its truly worrisome when Retail chains like Reliance Retail face the ire of politicians and traders in various parts of the country. What's at the stake is the freedom for businesses to operate in a liberalised scenario that has been welcomed by all quarters, especially consumers. Yes, the communists and those that are afraid that their days of monopolistic business hegemony (read, traders) are over, will protest. But then, what else can your ever expect from the likes of the communists?

HT reports that, peeved by the treatment meted out to its retail venture by Uttar Pradesh and Orissa governments, Reliance Industries is understood to be shelving its estimated Rs 13,000 crore roll out plans in the two states, putting at least 10,000 jobs at stake.

Reliance Retail had planned to invest around Rs 8,000-Rs 10,000 crore in Uttar Pradesh for retail operation, including about 200 'Reliance Fresh' stores in three years as also the back-end logistic chain. However, in the wake of state government asking it to shut down the outlets, the company has decided to put the plans on hold, sources said. Note that this is not the first time Reliance Retail has been attacked.

Lost in my own world said…
Hello Sir,

Read your blog about the backlash regarding Reliance Retail outlets in UP and Orrisa. Law and order is a pregorative of the state governments, as rightly said by the Union Agriculture minister Mr. Sharad Pawar and the state should deal with it and find a solution to the problem. But Ms Mayawati's stand that a enquiry will be set up and possible outcomes will be discussed which takes long time in India(enquiry outcomes). It's really disappointing that at one side Mr. Chidambaram is finding ways to bring 100% FDI in Retail and on the other side the states attitude towards retailers because of the vote banks.
It's right time Central government should come clean face on the future of Retail in India and the states should fine ways to deal with these problems which are mostly backed by political parties because of vote banks.
Organised retail has got promising future in India as only 4% of it is organised. It will help farmers to get good amount for their produce and bring expertise to their operations, give employment and bring competition which will in the end run help consumers.