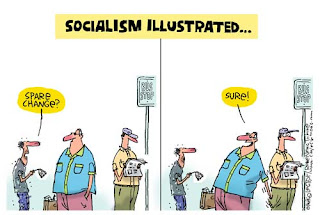 The Communist government in Kerala is bent on taking the state back to a 'Soviet like era' to ensure economic bankruptcy. The latest in its moves is a possible decision to cancel licences given to retail firms.

BS reports that, Kerala government is likely to cancel the licences of retail chains that function in the state. This was announced by food and civil supplies minister C Divakaran in the assembly today. Adding that the government will take steps to make essential commodities available to the common man at affordable rates, Divakaran clarified that the state administration would open People’s Bazaars across the state. The state government's Mobile Maveli stores would be expanded to benefit more consumers, he added. The minister also informed the house that the state government has lined up plans to make available all products from SupplyCo in ration shops across the state.
When and where have such grandiose plans of 'People's bazaars' ever worked? Don't the collapse of Socialist states across the world teach the Communists valuable lessons? Or is it that they conveniently ignore and forget?
What's even more interesting to note is that the most literate state in the country votes back a government whose policies are based on ideas that have proved the ruin of all those economies where they have been applied.
Cartoon : http://politicalhumor.about.com
Email Post
Labels: Kerala Policy Retail Socialist