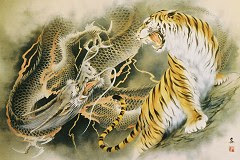 The World Bank has ranked China way ahead of India in doing business but South Asian economic giant has done better than its neighbours on six of the eleven counts, including access to credit, attracting investors and dealing with licences. In its report, Doing Business 2008, the World Bank has ranked China at 83rd whereas India occupied the 120th place. However, India's score is better than China in terms of starting a business (111th versus 135th), dealing with licences (134th vs 135th), getting credit (36th vs 84th), employing workers (85th vs 86th), protecting investors (33rd vs 83rd) and paying taxes (165th vs 168th). India is below China in registering property (112th vs 29th), enforcing contracts (127th vs 20th), closing business (137th vs 57th) and trading across borders (79th vs 42nd).

Comparisons among cities within a country are even stronger drivers of reform. The time to obtain a business license in India ranges from 159 days in Bhubaneshwar to 522 in Ranchi. The time to register property, from 35 days in Hyderabad to 155 in Calcutta. A hypothetical Indian city with the country’s top performance in each of the Doing Business indicators would rank 55 places higher on the ease of doing business than Mumbai. The Indian government is taking action. This year India is the top reformer in trading across borders.

For the second year running, Singapore tops the rankings on the ease of doing business. NewZealand, the United States and Hong Kong (China) follow close behind. Denmark is next, demonstrating that countries can be business friendly and provide strong social protections.

Georgia and Saudi Arabia entered the top 25. Many countries with the most business-friendly regulations continued to reform, such as Australia, Denmark, the Netherlands, Norway and Switzerland. Some stopped— and slipped in the rankings. The message: if you are not reforming, another country will overtake you.