Airline Service Quality on the wane 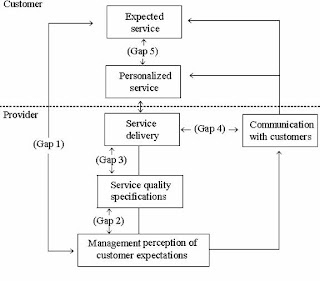 The two important dimensions of Quality are 'Reliability' and 'Attributes'. The greater the reliability, the more the number of attributes, the better the quality.

But when it comes to 'no frills' products and services, the dimension that matters more is reliability and not attributes. Shelve the attributes, keeping it bare minimum, but the give the mass consumer reliability.
Take airline services for example. The 'mass passenger' does not need great food or service on board. What he wants is lower prices with a reliable flight service, ie., the flight is safe and maintains time schedules. At the moment, the 'reliable' part of airline services is under tremendous strain.
AP reports that, US' Transportation Department has said that 25.2 percent of domestic flights arrived late between January and August, easily the industry's worst performance since comparable data began being collected in 1995. In August, US' 20 largest carriers reported an on-time arrival rate of 71.7 percent, down from 75.8 percent a year ago. At the same time, customer complaints nearly doubled to 1,634 in August compared with 864 a year earlier. The industry's on-time rate was 69.8 percent in July and 68.1 percent in June.
Who's to blame? The airline industry and the Federal Aviation Administration blame the delays on outdated air traffic control technology, bad weather and increasing passenger traffic. Commercial airlines' use of smaller planes and an increase in general aviation by business travelers also increased air and runway congestion, analysts said.
Aviation officials' plan of forcing carriers to shrink their flight schedules or to pay more to fly during peak travel periods is a bad idea as the traveling public could end up with higher fares as a result. At the moment it seems like there's no win-win solution, though improved scheduling can make things better.
Servqual : http://faculty.inverhills.edu/
Email Post
Labels: Airlines Service Quality