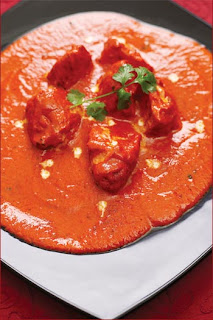 From HT : The 'phoney' Indian dish, Chicken tikka Masala is celebrating its 60th anniversary in Britain this month.

This dish now accounts for a quarter of the total turnover of 2.5 billion pounds of all the 9000 odd 'curry houses' in Britain, and won the Best in Britain Award (BIBA) for best dish in 2002. The organisers of the National Curry Week have estimated that if all the portions of chicken tikka masala consumed annually in the country were stacked on top of one another, they would form a tower 2770 times taller than the Greenwich Millennium Dome.