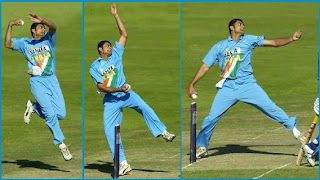 Captaincy and India's first test win against Pakistan have turned things around for 'Brand Kumble'. Kumble now commands a brand valuation of between Rs. 70 lakh to Rs. 1 crore.

Though I'm not quite the fan of celebrity endorsements, should a company intend to use one, the smart thing to do would be to predict the 'rise' of a celebrity and then sign him up before his brand value rides the upward curve. The price that the 'celebrity' brand would command at a stage where the stars don't seem to be shining for him, would obviously be low. But what's even more notable is that the celebrity, if signed at a time when his fortunes were sagging, tends to remember the 'faith' reposed in him, thus standing by the firm for a long period of time.

Low price and long term commitment. What more could a marketer ask?