How will Early Adopters react to Apple's 3G iPhone? 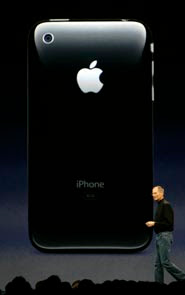 The lingering question? Will early adopters, geeks who bought the first Apple device – a phone, web browser, and music and video player, rolled into one - when it went on sale months ago feel short-changed, because Apple has now released a speedier, more sophisticated version of its much-touted iPhone? In addition, the new 8GB iPhone will cost $199 (£100) in the US – a third of what the equivalent device cost when it was launched in June last year – though this may be made up for by more expensive contracts with operators. A 16GB version will sell for $299.

My guess is, No. That is if the hordes that bought the earlier device can all be classified as 'early adopters'. Yet, by nature of the timing of their purchase, they sure can be termed 'early adopters'. yes the real test is whether all of them share typical early adopter 'characteristics'. Innovators and Early adopters typically are technically sophisticated individuals who may even be willing to tolerate engineering imperfections. They also are relatively few in number (compared to mass segments) and are not price sensitive and so companies serving them do not need capabilities in mass productions.

Apple is on its way to turning the iPhone into a mass consumer product. It is doing what is necessary to cross the 'chasm' that exists between the early adopters and the early majority, a chasm that needs to be crossed to take the brand into mass markets. The critical requirement is for the brand to cut prices and enhance its ease of use. And that's exactly what Apple's done with its 3G iPhone. Way to go, Apple!