Why do FIs charge a higher rate on a Nano loan? 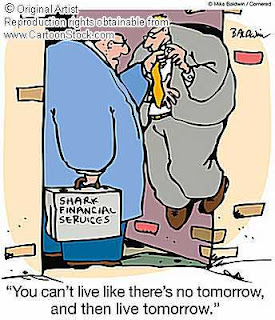 I sometimes can't get it. We now have a report that says that financiers of Tata Nano plan to squeeze out more from buyers of the Tata Nano because the customer risk profile of loan applicants is likely to straddle between those who finance two-wheelers (typically higher risk) and those who buy new cars.

In simple terms it means they expect a substantial number of Tata Nano loan takers to default. So how do they plan to address this? Raise the interest rates on a Nano loan. As a result, it is likely that Tata Nano loan applicants may have to pay annual interest rates of between 17% and 18%, at least 250 basis points more. Typically, for new cars, banks currently charge around 14.5%.

Indian financial institutions have in the past flirted with unscrupulous practices that include using thugs as recovery agents. In raising the rates of interest of the Nano loan, they have found an easy way to curb the number of 'faulty' loan takers. The more difficult method to do the same would have been to undertake a comprehensive check on a loan taker's credit worthiness. But then that would require the bank to put in extra resources into a process that they till now have not bothered about. Simply because those extra resources raise costs. Till recently their solution was to shove loans down consumer throats and then employ thugs to recover it.

It is high time financial institutions do their jobs better; rather than minimising their risks by dumping the burden on to consumers through increased loan rates.

On the other hand, considering that for first time in India the lower middle class has an access to a car that will eliminate the travails that these families face, riding 2 wheelers, FIs should offer lower rates.