The difference between what consumers say & what they want 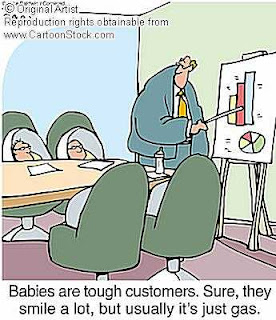 There's a world of a difference between what I want to know and what YOU want to tell me. Plus you need to know, that at times, what I tell you is not necessarily what I want.

The issue here?
Calorie counts. The state Assembly in California is considering a bill, already approved by the state Senate, that would make California the first state to impose a menu mandate that forces restaurant chains to display calorie numbers on their menus and menu boards. Why this mandate? Because in a 2007 survey of California voters, 84 percent said they thought the government should force restaurant chains to display calorie numbers on their menus and menu boards.
Now comes the interesting part. Even though voters said they wanted this menu mandate, the reality is that when researchers asked about 7,300 customers at fast food restaurants in the city of New York whether they had seen and made use of nutritional information, which is typically displayed on posters, brochures, tray liners or counter mats (as well as on the chains' websites) , they found that the only chain where a substantial share of customers said they noticed nutritional information was Subway, where 32 percent reported seeing it, compared to 4 percent at the other chains. But even at Subway, calorie information seemed to make a difference for just one in eight customers. Of those who reported seeing the calorie information at Subway, 37 percent -- 12 percent of all Subway customers -- said it affected their purchases. Subway customers who said they used calorie information bought about 100 fewer calories than those who said they didn't see it and those who said they saw it but didn't use it.
But what about when Yale obesity researcher Kelly Brownell says, "there's still the issue of the consumer's right to know?"
The words of Jacob Sullum; 'What about the consumer's right not to know? The same research that supporters of menu mandates like to cite indicates that most consumers prefer to avoid calorie counts, enjoying their food in blissful ignorance. There's a difference between informing people and nagging them.'
Source: 'Are You Sure You Want Fries With That?' by Jacob Sullum (Townhall).
Email Post
Labels: Calorie Count Mandate Fast food Market Research