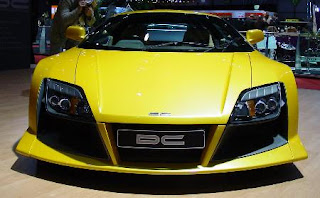 One trait that most consumers share is the 'need for uniqueness'. In whatever ways possible most consumers try and be different from the crowd. Its just that, at times when it requires deep pockets for that unique identity, the 'desire' is abandoned. Not so for the ones with the moolah.

Take for example, the desire to possess automobiles that have a unique look of their own. This 'desire' has now driven up the 'car customisation industry' in India to nearly Rs 300 crore. The entire new vibrant hot rod, street rod and muscle car culture has seen a gradual upswing in the country.

ET reports that Car customisation studios across India have already acknowledged the growing craze for hot rod, street rod and muscle cars. And the market is buzzing with most studios having at least two orders in hand. And that is the maximum they can work on during that time frame.
Email Post
Labels: Customisation Need for Uniqueness

Unknown said…
May be this is because of the non-affordability of high end cars. I can't afford a BMW so I would buy a swift and then get it modified. This is a huge market in Hyderabad.There is a place called Car park which has more then 100 shops lined up and every one of them has a specialty and is always busy.
Aug 18, 2008, 8:00:00 PM