The 'perfect flaw' in China's Olympics 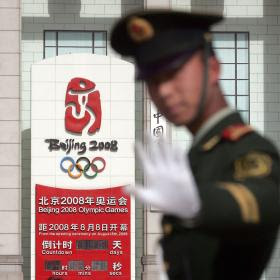 Advertisers while crafting communiques for their intended consumer segments can either make it a 'one-sided' or a 'two-sided' message. A one-sided message presents only positive attributes or benefits of the brand in question. This sorta message works when the audience already holds a favourable opinion about the brand.

A two-sided message on other hand presents both good and bad points. This works with audiences that consist of highly educated consumers or ones hold opposing opinions. Two sided messages at times enhance the credibility of the source and will therefore seem more believable.

As the world fawns over China's perfect conduct of the Olympics, I remain as skeptical as ever. That's cause its a two sided message that works for me. Anything that's perfect doesn't catch my fancy. And the Olympics have been 'perfectly one-sided'. The perfection displayed is almost eerie, a sure testimony to how iron-fistedly-controlled the whole sham must have been.

As Thomas Boswell, correspondent, Washington Times puts it, 'As sports spectacles go, I've never seen one more efficiently or soullessly executed than this one. I have no idea where they put the real people for 17 days, but I felt like Jim Carrey in "The Truman Show." Where's Ed Harris saying: "Truman is going to turn left on Main Street: Cue the smiling girl and the hearty hot dog vendor."

The family that's always perfect in public is the one you worry about. What's going on under the surface? The complete lack of dissent here -- not one person could get a permit to use the designated Olympic "protest area," though some were detained for trying -- has an eloquence of its own.'

If marketers want to get to educated audiences, they must exhibit frailties, albeit in a manner clever enough to make it credible and subtle enough not to take anything away for the brand's equity.

You see, 'perfect' doesn't work with me!