Will iPhone cross the 'chasm' in India? 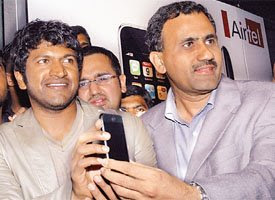 If the iPhone does not change its current 'act' in India, it faces what Geoffrey Moore termed as the 'Chasm', and in all probability may even fall into it.

For an Innovation to be adopted by the mass, the product has to successfully negotiate the chasm and get beyond. Mass consumers aren't the ones to tolerate what Innovators and Early adapters don't mind. Take the iPhone in India for example.

Its launch has had Swati waiting at the Sahara Mall in Guragaon since 7 pm yesterday evening, so that she could be amongst the first ones to get it. And she did; she was the first in line. But then the lines weren't as long as the ones we saw elsewhere in the world. Me for one, was safely tucked in bed, when the phone released late last night in Bangalore. I guess, there were many like me who preferred sleep. And our reason's pretty simple. At Rs. 31,000, its a non-buy. Apple, to get the likes of me (read, the mass consumer), has to lower prices.

Activating the iPhone in India will not be pleasant experience for most. Low Internet and PC penetration will ensure that most users may not be able to activate the phone online. Plus even amongst those in metros and large cities who own PCs, only a small minority have Apple’s iTunes on their systems. Trying to download iTunes at the speeds we have India can again be frustrating.

But the larger issue for some like me is the 'restrictive' nature of an Apple product entanglement. Apple dictates the way I need to use the phone. The Telecom company I can go with, the software I need to use, the manner in which I need to effect downloads and so on. Now that's quite stifling for someone like me. Plus I am not the kind driven by status appeal that the IPhone brings. Therefore, it will take lot of 'changes' before I am persuaded to go the 'Apple way'.

Unknown said…
Absolutely true sir. I was one of the early registrars, but stayed away because of the price. I hope the price comes down as a part of the skimming process very soon. If not now I can have it for Christmas.