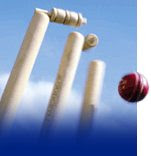 The India-Sri Lanka One day series that India won 3-2, did not garner the kind of eyeballs that are generally expected from cricket matches. According to data from television audience measurement agency Audience Map (aMap), the five matches played had TRPs of 0.56, 1.05, 2.04, 1.65 and 0.94, respectively.

The reasons ascribed are, poor coverage, viewer fatigue with cricket and weak marketing. Add to that the Olympic fever, with India in the medals tally overshadowing every other sport being played.

What's worse for this series is that India lost the last game, and too to a huge margin. And so the recency effect ensures that the dismal loss will be remembered, clouding the series triumph.