Marketing through Yakety-Yak on mobile phones 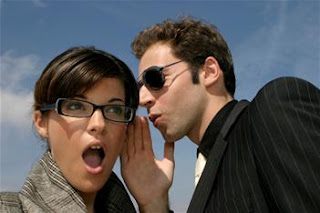 The mobile phone yakety-yak is reaching feverish proportions (or maybe that's a tad exaggerated). Numbers now prove that mobile phone subscriptions in the world will reach four billion by the end of the year driven by growth in developing economies, according to the International Telecommunications Union.

Earlier this year ITU said that the number of mobile phone subscriptions topped 3.3 billion by the end of 2007. Continued progress in 2008 is chiefly due to the growth in major developing markets such as Brazil, Russia, India and China.

Marketers, take note. It ain't totally about using the mobile phone network as a marketing medium or a tool. Remember most of the time these are interruptions that users don't take too kindly to. Its about giving consumers segments within the subscriber base a reason to yakety-yak about your products and services. The buzz this time, may in all possibility be transmitted through telecommunication networks.

And hopefully that buzz on the mobile phone will be about your brand.
Email Post
Labels: Buzz Marketing Mobile Communication

Sandy said…
its very interesting point you brought up..about not using the mobile as a marketing medium, instead getting the consumers to use the mobile as a medium to talk/promote a brand/product.
its an insight which advetising agencies and companies need to look into coz to come up with a concept like this -as far as i know nobody really has thought about mobile marketing from this angle.
if you can throw some light on it,aybe some instances...
Oct 1, 2008, 10:18:00 PM