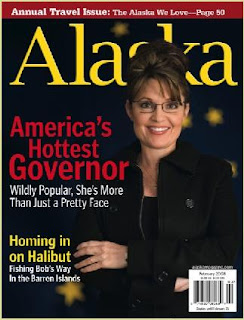 For a brand to be finally purchased, it has to traverse the buyer readiness stages starting from awareness about the brand right up till the time the consumer reaches a stage of 'conviction' about the brand. Conviction that's in favour, of course.

One of problems in this journey for brands is inability in creating awareness. Broadcast and Print media are mostly relied on for awareness. But again, consumers are adept at ignoring marketer messages on both print and broadcast media. Contrast this with when consumers seek information about brands through a media that's self-paced. Like say using a search engine. Now that's the zenith of 'awareness', sought out by the consumer himself!
That's what's happened to the Sarah Palin brand. In a list of Google's "fastest-rising" searches, the brand that came out tops has been Sarah Palin. Second was "Beijing Olympics 2008", followed by "Facebook login" and "Tuenti", a Spanish social networking website. The annual "Zeitgeist" survey drew on data from more than 30 countries, Google said, and featured four social networking sites in the top 10.
Never mind the Sarah Palin brand not reaching the 'conviction' stage, when it came to voters. Blame it on the liberal airheads, on McCain lacking the killer punch, whatever. It doesn't matter. Because the Palin brand has just begun traversing the Voter Readiness stages, with a super start.
2012 it will be! And its about time we had a conservative feminist with guts in the House!
Email Post
Labels: Buyer Readiness stages Googled Sarah Palin Web Search