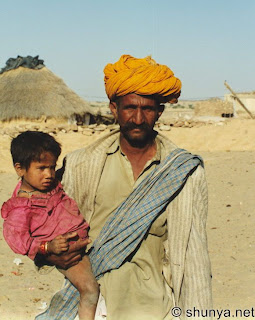 Taking up on the comments to my post on 'Roadies', its important to gauge the implications of what it is, that sells. This may not be an apples to apples comparison, but it surely demonstrates a thread that's common.

The other day on NDTV, I heard the actor John Abraham saying how he felt good when he heard that a friend of his had beaten up a politician. To my chagrin, the audience in the studio seemed to like that. Violence being appreciated, isn't that disturbing, never mind that it was a politician they were talking about? Again, quite a substantial populace out there appreciated the shoe being thrown at the President. Never mind the fact that the reporter could throw that shoe, because there was no more Saddam around. Imagine otherwise. The point is, the ludicrous does find acceptance. Its the 'unwisdom of crowds'.
Must marketers capitalise on such opportunities and make a killing? I am no one to judge and so if they must, they must. Note that no laws of the land can be broken or circumvented in the process. If the senile Baldie works for viewers, who am I to complain?
Its just that amidst all the new age fluff, the real is sometimes missed out on. Plus what's even worse is, new age pop being passed on as the profound! Philosophies are built around what's essentially numbskullish fare. Its like the 'God in Gucci' thing that I encounter in the Sunday Times of India.
The other day on my way to college, our bus passed by another, a local private bus, which had this father cradling his sleeping son in his lap, sitting right up front. The kid was in his school clothes, 'n I guess his dad was takin' him there. Wonder when they would have started their journey? The li'l boy was fast asleep in his dad's arms.
Now that's what's real! And there's philosophical eternity in that image, if you care to look just that bit closer. But then we miss it, most of the time. Guess why? We are watchin' the senile baldie in his elements. What a pity!
Pic: www.shunya.net
Email Post
Labels: Buyer Behaviour

Unknown said…
May b emotions in ny form be it love, anger or ill- mouthing..sells..beauty lies as much as in affection as much as in the respondents of the hot headed Raghu..n evn he admires who can hit back logically..Since the show is all about politics among the participants, the so called baldie actually tries to screen in the people who can endure the oral hardships that occurs during the show because Indian reality shows have seen various accusations for being insensitive (Some Best Singer Competition) and the shows have been penalized for the same by Indian courts.. I think itz completely justified from selector’s point of view to choose his participants on his criteria n I see no reason that world will be good to us..I wonder y showing reality on tv is unacceptable by certain segment of society..my dad doesn’t like roadies too..thtz jst coz he too protective and wants his kids to b awy from the so called obscenity but the fact is we face similar stuff day in n day out..in n around us..I ll b strong only if m xposed to all this..

one mst look at the kind of language used by most learned ppl..I still remember a prof abusing a female student..I have seen it all..n I believe so do others at my age..so wtz d harm if itz telecasted on tv?!
And I also remember a gal responding Raghu “If I am not abusing u, so shudn’t u!” and the gal was selected! So may b the ostensibly bad isn’t tht bad too!
Dec 19, 2008, 10:51:00 PM