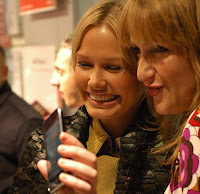 Last evening on our way back home, the bus got stranded in a jam on Hosur road. The jam partly was the making of commuters scattered across bus stops, creating their own little 'islands' over a large stretch. Seeing them, buses tended to stop right where they were. The solitary traffic policeman stationed on the road tried in vain to herd all the commuters together to a place further away so buses wouldn't block the road up. In spite of the policeman's efforts commuters wouldn't budge.

I thought, the only way to get them to move was to have the buses move away, up front. That would automatically send the commuters scurrying ahead. If you wanted commuters to move to a place of your choice, the simple thing to do would be force buses to that place. Commuters go where buses go.
Commuters are the uncontrollables, buses, controllables. Focus on the buses.
In the business world too, consumers stay put. To change their behaviour you've got to manipulate the controllable. That is, your products and services. Its a bad idea to try and change consumer behaviour. Instead fashion it by designing products and services that lure the consumer into changing.
Show me a consumer who's willing to queue up, and I'll say, I'll show you a road in India without a crater. But then did you know, people queued up overnight to get their hands on an iPhone? Oh and yes, I'll show you that road!
Email Post
Labels: Consumer Behaviour Controllable Uncontrollable