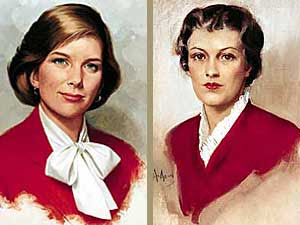 Transitions are called for when there's a change in scenery. And there's always some change that hits any landscape. Politics included. The Bharatiya Janata Party is facing a torrid time trying to make a transition at a time when the Indian economic landscape's altered beyond recognition. Gone are the times when there was only misery around, a result of India's obsession with socialism.

Those were depressing times. When Amitabh Bachchan and his rants against the system on silver screen was lapped up by an eager audience wallowing in personal misery. No jobs. No future. The Hindutva card found takers amongst the masses who thought maybe that could change their fortunes for the better.

Then Liberalisation happened. The rotten government and the system didn't matter as much. The Global economy to which we opened up, brought in a promise for a better future. Almost overnight, firms like Infosys culled millionaires from the masses. The Middle Class cocked a snook at anyone who tried to play at the fears of the masses. Hindutva didn't work as much. Two elections and the BJP bit dust.

All of this called for a transition that the Congress Party handled better. Rahul Gandhi became the face of that transition. The BJP still flounders. Their last two defeats has opened up dissensions and the party doesn't know how to make this all important transition, though it knows it must.

Marketing Landscapes too call for transitions. Some marketers respond well and handle it with aplomb. Take an image like Betty Crocker's for example. She changed with the times. Her attire. The way she wore her hair. And so she made sense to consumer audiences across the years. The trick here is to alter in a manner where the core identity remains intact, but the image makes transitions.

For the BJP, the question is, should the core identity remain intact while the image alters? Something tells me their identity is no longer relevant. In a changed India that cares more for progress than resolutions to real or imaginary 'wounds', its difficult to connect with a theme centred on fear. So making cosmetic changes (read image transitions) just wont do.

Raneeth Reghu said…
That BJP has become party which hasnt been able to change itself according to changing times is pretty ironical. To think of it, if one goes back to the mid-1990s, it was the BJP itself which brought with it a fresh breath of political air. It was actually a big change from the days of Congress rule and no wonder it came to be called as "the party with a difference". With Vajpayee at the helm, the BJP had got itself out of the shackles of the Sangh Parivar and carried ambitions of being a more liberal party.

This was a change for its hard hawkish hindutva stand and Vajpayee was the face of it.

What happened to BJP can be compared to what happens to many top notch firms! The fact that these firms have been at the top for such long time, and there seems to be not even the slightest threat to their position, makes them lose focus on the very points that brought them there. Whether it is changing with changing times or bringing in a more inclusive style of politics, it loses everything becoming obsessed with itself and its position.

Ditto with BJP. It lost track of how the party reached power and what kept them there for 5 years. It was the change that they had brought compared to the Congress. But as time went, they were like the same old Congress in disguise.

Meanwhile, Congress learnt a thing or two about how to get to power and with Rahul Gandhi leading the way they never lost track of the ground realities and beat the anti-incumbency to be back in power.

Something there for top firms to watch out for. The moment you stop doing things that made you what you are there would be many others ready to do the same very things and snatch your share of the pie. So top guns, beware!!