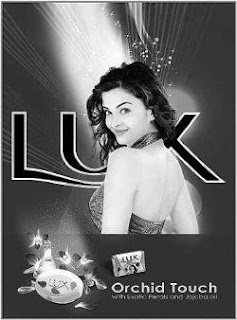 Raising prices of products and services in a country like India may result in adverse reactions from consumers, especially the mass consumers. It may even alienate consumers from a brand. One important factor to consider while raising prices is how much to raise it by. Is it possible to raise prices to an extent where consumers fail to notice the price rise ?

To do that, the price must be raised to just below the JND, or the Just noticeable difference. The concept of JND otherwise known as the Differential Threshold, is the minimum amount by which stimulus intensity must be changed in order to produce a noticeable variation in sensory experience. Ernst Weber (pronounced vay-ber), a 19th century experimental psychologist, observed that the size of the difference threshold appeared to be lawfully related to initial stimulus magnitude. This relationship, known since as Weber's Law, can be expressed as:

'Price' is a stimulus. If price is raised to an extent where it is within the differential threshold, then the 'raise' would not be noticed.

Now that is something HLL has to be mindful of. Hindustan Lever has raised the prices of its soaps, skin creams and detergents as costs of raw materials like palm oil, an ingredient used in the manufacture of soaps, and linear alkyl benzene, a key input for detergents, have increased. Hindustan Lever raised the price for a 1.5-kilogram, or 3.3-pound, package of its Surf Excel Blue detergent pack to 120 rupees from 117 rupees. The price of a 45-gram pack of Lux soap was raised to 6 rupees from 5 rupees. A 9-gram pack of Fair & Lovely cream was raised to 6 rupees from 5 rupees.