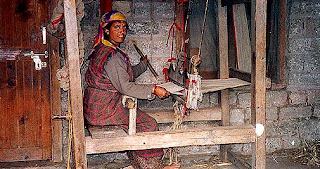 The Urban-Rural divide in India is well known. Rural consumption never really mirrored what happened in Urban areas. But now the dividing line seems to be blurring.

The Indian rural hinterland is spread across 650,000 villages, with an average population of 1,100, rural villagers. Today Indian rural consumers too are buying with a vengeance. Across the hinterlands of India, Consumer durable purchases are on the rise. These durables spread across items such as bicycles to refrigerators. The consumer expenditure study of the 61st National Sample Survey reported that durable goods accounted for 3.75 per cent of average per capita consumer expenditure in rural areas. The only product that has seen a dip in sales has been the 'transistor' which has now given way to 'televisions'. The proportion of rural households with a radio set had risen between 1993-94 and 1999-2000 to 30 per cent, but declined to the 1993 level of about 26 per cent this year.

The sale of two wheelers, scooters and motorcycles has also seen a spurt. Only 2 per cent households had a two-wheeler in 1993. The figure increased to 7.7 per cent in 2004. Similarly, one in every four households in urban areas also had a two-wheeler, up from one in eight households in 1993. The other white goods that increased their presence in rural markets included electric fans, air coolers and refrigerators.
Email Post

Anonymous said…
Dear academic colleague, u have started with good intention sir, I pray u to continue with u r thoughts.