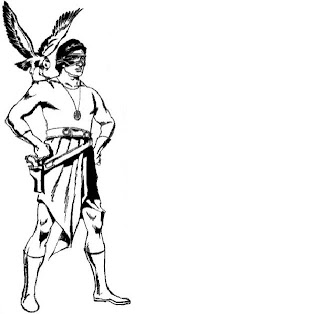 Virgin Comics, along with its partner, Total Media plans to launch a comic book series based on a character that is modelled on Sachin Tendulkar. The character is also to be used for an animation series and online games.

With Sachin at perhaps the lowest point in his career, after the World Cup debacle, wonder how fans would react? Considering that the comic book targets young children it may stand a chance.

But I doubt it. Reminds me of the time Amitabh Bachchan was launched as a comic book superhero, 'Supremo'. I remember reading those comic books. They were a little better than 'terrible'. The man behind Supremo, Gulzar says, “I had a tough time putting together Supremo because I was to make him a combination of Phantom, Superman and Amitabh Bachchan. And with a market that was saturated with Phantom, Superman, Tarzan and Flash Gordon comics, a Supremo speaking Indian English didn’t stand much of a chance".

This is the first time Virgin has turned a sportsperson into a comic book hero. The comic book will hit the stands in August and will have Sachin taking on 11 evil demons risen from the dead with the sword of the masters, a noble weapon created thousands of years ago.