The Behavioural science of gambling 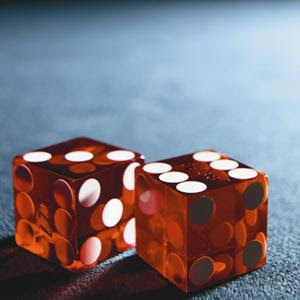 'People have asymmetric reactions to losses and gains while gambling. Compare winning $10 in one gamble with winning $5 twice. Most people would prefer to win twice. What bout ,losing $10 in one game as compared with losing $5 in each of two gamble? Her. most people prefer one loss. That is why any company dealing with customers must break pleasant experiences into multiple stages and combine unpleasant ones into a single stage.

Now consider the 'sequence effects' on gambling. People prefer a sequence of experiences that improve over time. When gambling, people prefer to lose $10 first, then win $5, rather than win $5, then lose $10. There is also evidence that people pay attention to the rate of improvement in a sequence - clearly preferring ones that improve faster.'

Even as the Karnataka High Court, in the month of May, upheld the ban on online lotteries and also the notification declaring Karnataka a "lottery-free zone. , worldwide, global gambling revenues are on the rise.

Global gambling revenue is estimated to hit $144 billion (€107.25 billion) in 2011 after growing at an annually compounded rate of 7.2 percent a year, according to a PricewaterhouseCoopers LLP report being released Thursday.

Anonymous said…
In my opinion, Gambling is something that every human being has the right to do, and politicians should keep their noses out of what people do for entertainment or within the comfort of their own homes.
Dec 26, 2007, 4:54:00 PM