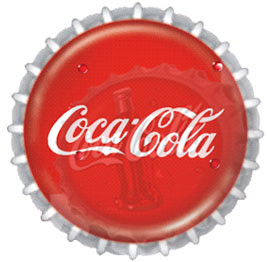 The decision on which markets to enter is based on assessment of a location's long-run profit potential, which in turn is a function of the size of the market, purchasing power of consumers, the likely future purchasing power of consumers; and, the need to balance benefits, costs, and risks associated with doing business in a country, which again, is a function of economic development and political stability in market places around the globe.

On both these factors, India is poses a huge potential for Coca Cola and its beverage products. But there are roadblocks too, while operating in India. Indians drink less soda per capita than people in just about any other emerging market. In spite of this Coca Cola is willing to look at the long term and so is pushing in greater investments. The company has already invested over $1 billion (Rs 4,100 crore) in India and is aware that global volumes growth would be tough if it doesn’t make the right moves in India. It plans to invest $250 million (Rs 1,025 crore) over the next three years in coolers and plants, while Coke’s bottlers are expected to chip in another $100 million to ramp up infrastructure and this $250 million is just the start.

Today, India is not one of Coke’s current Top 10 markets. Going forward Coke wants this to change. It wants India to become the No. 3 market in the long-term. Coke's global operations are its growth locomotive. More than 80 per cent of its volume and 70 per cent of its profits come from outside North America.
Coca Cola intends to play an aggressive role in every category in India. Whether it is the energy or the health drink segment, it plans to have a strong presence in every category. In keeping with this, Coca Cola will launch new products in India like no-calorie Coke Zero, which incidentally, is very popular in the US. Then there is a plan to launch Enviga, which is a calorie-burning green tea drink that contains antioxidants, around New Year. There are similar plans for Minute Maid Heart Wise, a cholesterol-burner. Coca Cola has seen a shift in consumers’ attitude towards diet and health with more and more people seeking product choices that support active lifestyles. This past quarter, Coca Cola's sparkling beverages grew 5 per cent and its still beverages grew 9 per cent around the world. This Coca Cola believes is only going to continue as more and more conversion takes place.
In the developed world today — in places like Europe and North America — 70 per cent of all beverage consumption is ready-to-drink. In the emerging economies, only 30 per cent of consumption is ready-to-drink. There is a lot of room to expand all categories. Coca Cola is No. 1 globally in sparkling beverages, teas, coffees and juices. It operates in one of the fastest-growing industries. By the end of the decade, this market is expected to grow to almost $650 billion (Rs 26,65,000 crore) globally. That’s a 40-billion unit case opportunity out there internationally — almost twice the size of Coca Cola's existing business.
( from BW’s Uttara Choudhury's interview with Coca-Cola’s president and COO, Muhtar Kent )
Pic : http:www.coca-colaindia.com
Email Post