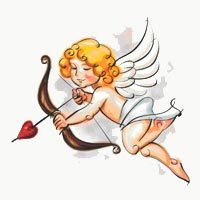 Did you know that a study by the not-for-profit Pew Internet & American Life Project found that 74% of single Internet users in the US have taken part in at least one online dating-related activity, including sites specifically devoted to finding a match, while tens of millions of people know someone who has been in a long term relationship with someone they met online?

It is the nature of online interactions themselves that have intrigued psychologists and sociologists. There is growing evidence that communicating online is more conducive to openness than a face to face rendezvous. Online, people tend to be more honest, more intimate. This is known as the 'hyper-personal effect', a term coined by Joe Walther of Michigan State University, USA, in 1996. Walther says that communicating by typing gives people time to construct their responses. It also frees them from worrying about how they look and sound, so they can focus exclusively on what they're saying. Without typical visual cues such as facial expressions and mannerisms, people can build more positive impressions about each other without being confronted with the jarring reality that might put them off.