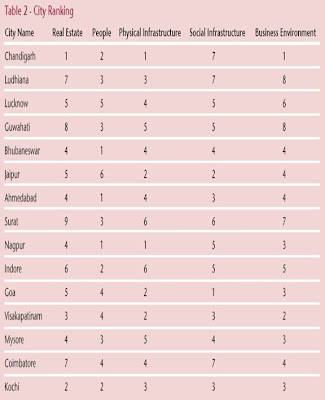 Chandigarh has been ranked number one in the recent Indian study of emerging growth centres conducted by Knight Frank. As many as fifteen cities were surveyed by Knight Frank, a world renowned, UK based global property consultancy, for determining the emerging growth centres in India. The city of Nagpur has been ranked second and Goa and Kochi are ranked third.
The survey report showed Chandigarh is ranked highest in terms of real estate, physical infrastructure and business environment parameters and has emerged as the most attractive centre among the 15 emerging growth centres covered in the study. It is followed by Nagpur ranked well due to its people and physical infrastructure.
Email Post