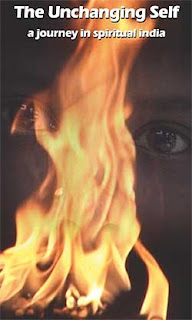 Mark Tully says it as it is, in HT

Sample this : Schizophrenia is defined in my dictionary as “a medical condition marked by disconnection between thoughts, feelings, and actions.” There certainly seems to be a disconnection between India’s conversion to market capitalism and its hallowed commitment to socialism. Businessmen complain that this schizophrenia results in half-baked reforms and puts the brakes on the expansion of the economy to superpower status. Yet the same businessmen who advocate the stark materialism of market-capitalism sit at the feet of Sri Sri Ravi Shankar. It’s a well-known fact that many young software engineers are also soft on God.

The apparent schizophrenia of government policies and corporate sector practices seem to have spread throughout the burgeoning middle class. How can one reconcile the rise and rise of shopping malls, the new found zeal for retail therapy, with the large audiences for the God channels on television purveying traditional Indian therapy. The fast growing number of domestic tourists somehow manage to reconcile the sacred and the secular, pilgrimage and pleasure. Last weekend, I was in Dalhousie where the streets were jammed with small family cars. I was told that many of the families were enjoying a secular break after their spiritual pilgrimage to Vaishno Devi. The head of one family from Kanpur said to me “we are mixing spiritual business with pleasure”.