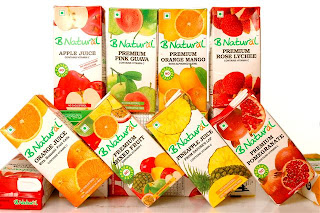 This is due to the buying habits exhibited by consumers which are different when they got to a retail store as compared to when they go to a supermarket. In India, today, more of future consumption sales is going the 'healthier beverage option' route, ie., juice based drinks. The move to 'healthier options' has not yet hit smaller retail stores that drive immediate consumption, where the colas and their variants (non-still drinks) still do well. This is due to consumers preferring 'non-still drinks' over 'still ones' as 'thirst quenchers'. Sure it must be admitted that immediate consumption of non-still drinks has been affected to a certain extent with the mango juice brand 'Maaza' being the largest selling brand. Maaza was a part of Parle Agro's portfolio which was later taken over by Coca-Cola. With its more than 100 varieties, the mango remains India’s most popular fruit of choice. Much more widely drunk than apple and orange juice, it is however not possible to produce a 100-percent mango juice beverage due to its consistency.