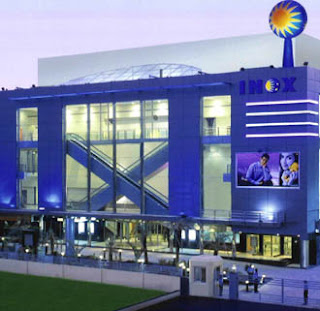 Speaking in the TOI, one of India's top filmmakers, Girish Kasaravalli opined, "It's an unfortunate development that these films are becoming so popular. I don't understand why people are flocking to see these (sleaze) films. It's also difficult to brand the audience for such films as a certain class of people", he says. "It's a serious concern and we should be finding out why good cinema is always ignored and what makes these sleazy films so successful," says Kasaravalli.

Interesting. Why do people flock to these films and why do people ignore 'good' cinema. The answer to this, again, is very interesting.

Girish Kasarvalli's views have certain flaws in them. One, yes, marketeers can slot the people who watch sleaze films into a certain class. In fact, the audience for such films have common characteristics that get them all into the same 'class'. Now the variables that need to be used to slot this audience have to be psycho-social in nature. Whatever the variables are, this audience is a definite and 'definable' segment.

Second, are these films popular? Going by the yardsticks that are used to evaluate popularity, they seem to be. But then, if the yardstick of comparison are other Kannada movies, these films are certainly popular. But if one were to compare collections that these films rake in, vis a vis other language films including Tamil, Hindi and Hollywood films in Bangalore, I am not so sure if one can tag 'sleaze films' as popular.

Considering another point that the noted director makes about why 'good' cinema is ignored, one needs to ask, what is 'good' cinema? The metro audience of today is a far cry from the audiences in the 80s. In the 80s, India lived in a state of hopelessness saddled with socialist policies that had left an economy gasping for both disposable incomes and products and services to consume. Today the scene in Metros has radically changed. Increasing disposable incomes have spawned a consumerist culture. Metro audiences live in the midst of this 'aspirational exhilaration'! In such a scenario they have absolutely no interest to go to a movie theatre and watch films that get them to 'think'. On the other hand, the audiences today want 'lighter veined' films slickly produced, with a story line that borders on being 'moronically sweet'. Remember, this is no criticism of the films of today. In fact smart film makers like Karan Johar have understood the pulse of audience and so has been able to rake in the moolah with his 'syrupy' fare. The likes of Girish Kasarvalli don't fit in. Again, remember, Girish Kasaravalli is a brilliant film maker, but his fare has no takers, at least among the mass audience in metropolitan cities. Guess why the 'angry young man' persona of Amitabh can never work today. No one is 'angry' at the system unlike in the 80s . Sure there may be anger, but that is expressed for 'self-centered' reasons, not for the betterment of society.

And so it's a tad unfair to state that there is no market for good cinema. In fact, there is. Its just that directors have to understand what good cinema is, not from their own perspectives, but from the audiences' perspective. Also they must be careful not to fall for the 'prior hypothesis' bias.