Teenagers & Watches , it's all about style... 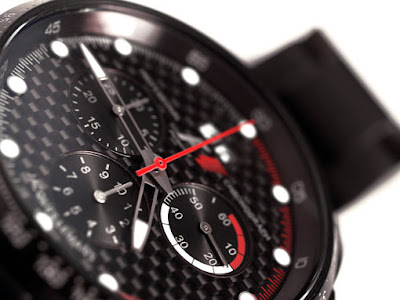 According to the findings promoted by academic Jeffrey Cole during a seminar at the Cannes Lions advertising festival looking at trends emerging in digital media industries, it was noted that 'teenagers may never wear watches and that this is terrifying a whole industry.'

Jeffrey Cole is the director at the Center for the Digital Future at the University of Southern California. The professor, in a presentation sponsored by Microsoft, said the findings came from a global study in over 20 countries. "We know teens today are not buying watches because they are using their mobile phones to know what time it is," he said. "The entire jewellery industry is waiting to the answer to the question, will teenagers start buying watches when they get older as fashion accessories. No one knows yet. I tend to think they will but I don't have any good evidence for that." Cole said companies like Rolex were not affected because very few teenagers buy Rolexes, but companies like Timex and Swatch were very concerned.

But then what I would like to know is whether Cole asked the teenagers who were part of his survey who wore watches ( if he did speak to them ), whether they ever looked at their watches to check the time. My feeling about the answer is, they wouldn't have.

That's 'cos teenagers wear watches as style statements ( no evidence needed because any kid who admits to that in a survey would come across, to him/herself, as pretty dumb, and which kid would want that? ) . The Swatches and the Timexes of the world should ensure that their watches go beyond their functional value of 'displaying time' to delivering enormous psychological/emotional value of 'esteem' ( defined as 'cool' by teenagers). If their watches were to be seen as cool, I guarantee one on every teenager's hands!

The interesting point to note here is, when did kids ever buy anything because of it's functional value? Never? :-)

Anonymous said…
Hey, I recently added a news widget from www.widgetmate.com to my blog. It shows the latest news, and just took a copy and paste to implement. Might interest you too.
Jun 25, 2007, 9:25:00 PM