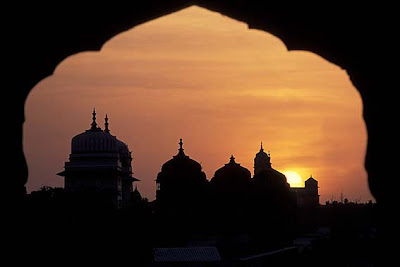 Atul Sethi writing in the TNN, lists the top Indian myths that have been passed down the ages.
Myth One
Islam was brought to India by Muslim invaders - Most historians now agree that India’s introduction to Islam was through Arab traders and not Muslim invaders, as is generally believed. The Arabs had been coming to the Malabar coast in southern India as traders for a long time, well before Islam had been introduced in Arabia.
Myth Two
Asoka killed his 100 brothers to claim the throne - In his book, The Oxford History of India, Vincent Smith writes that the story told by the Buddhist monks of Ceylon that Asoka slaughtered 98 or 99 of his brothers in order to clear his way to the throne is absurd and obviously concocted to highlight Asoka’s alleged abnormal wickedness prior to his conversion to Buddhism. In fact, Asoka, says Smith, took good care of his brothers long after his succession, evidence of which is found in his rock edicts.
Myth Three
Buddhist monks were vegetarians - Most people associate Buddhism with non-violence and imagine that Buddhist monks and nuns never consumed animal food. However, according to Nayanjot Lahiri, the idea that meat and its products were not allowed to Buddhist monks is a myth. For instance, in case of sickness, raw flesh and blood could be used by the monks. Fish and meat were mentioned among the five superior and delicate foods that a monk who was unwell was allowed to eat.
Myth Four
The love story of Salim and Anarkali - A lowly courtesan falls in love with the crown prince of the Mughal empire who, in turn, is ready to defy his father’s will for the sake of his beloved. This is the story of Salim and Anarkali, made popular by films like ‘Mughal-e-Azam’. The tragedy, however, is that the epic romance was probably just a work of fiction.
Myth Five
Jodha Bai was the name of Akbar’s Rajput wife - Akbar’s first Rajput wife, it is believed, was the eldest daughter of Bhar Mal, the Raja of Amber. Popular perception has it that her name was Jodha Bai and that she was Jahangir’s mother. History, however, suggests otherwise.
Pic : www.jorgetutor.com
Email Post