Better late than never...AOL in India 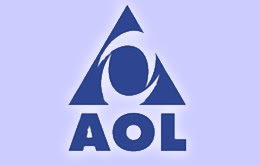 Though AOL comes in late, Indian netizens are scrambling to get a mail account at AOL India portal. The increasing number of Internet users in India still holds a lot of promise for probable entrants into Indian Web space.

Contentsutra reports that, in India, AOL has been on the lookout for alliances with traditional media companies over the past few months, and, as per sources, they’re going to focus on audio and video content, apart from offering email, messenger and e-commerce. The company has registered both domains - aol.in and aol.co.in, though both are presently cloaked.

Notably, Contentsutra's sources say that AOL is going to target the younger demographic - between 14-18 years old. That may be expanded to include the 18-24 target group later. Interestingly, a focus on the younger demographic puts AOL India in competition with UTV’s youth venture Bindass, which has its own plans for new media based around their TV channel of the same name. AOL was also looking to hire Indian bloggers to blog for them, but apparently that’s now fallen through.