Who's doing what in Retail in India 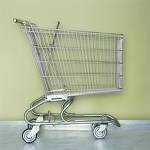 Niyati Priyam said…
hmmm....hmm?? and pray why?? Very well, excepting the fact that I am a still a petty student, It sure makes me raise my eyebrow when i find these guys trying to bring everything under one roof...and everything literally means everything...sure...I am not expecting a walmart, but then with reliance, you never know... pardon me sir, but I beg to differ...(The whole problem with the world is that fools and fanatics are always so certain of themselves, and wiser people so full of doubts.
- Bertrand Russell)...and here...i certainely come in the first category.... :)
Jul 14, 2007, 2:29:00 AM

Ray Titus said…
Niyati...you got me wrong. when I said I won't bat an eyelid, I meant I will keep my eyes on Reliance ( won't take my eyes of 'em).

Sure, the SKU mix would be interesting to study. Let's wait and watch.

About Bertrand Russell and his take on fools and fanatics and wise people....spoken like a true genius. Where can you slot yourself? C'mon...you must be joking...you are part of what the business world awaits with bated breath...Enthusiasm and Idealism, though misunderstood at times, is so much what we need...you have 'em, cheers to you :-)
Jul 14, 2007, 7:34:00 AM

Unknown said…
Yes RIL is expanding its operations. But what does this mean to the middlemen? Aren't they going to run out of business?

For instance take the case of C&F agencies. RIL is planning not to clear and forward the product but to buy it (for resale) and even incur all costs. Wouldn't this affect those who are already in this business?
Jul 16, 2007, 7:54:00 PM

Aparna,
Check my posts on middlemen -