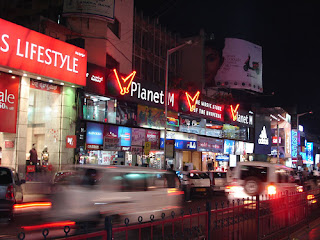 A recently released study titled , 'Indian Financial Scape, A District Profile 2005-06' by New Delhi-based research firm Indicus Analytics, shows that Bangalore, the IT capital of India has the largest number of households with income of Rs 10-lakh (per year) and above. With 3.3% of the total 31,17,843 households in the country earning Rs 10 lakh and above, Bangalore ranks No 1 in the list.
Bangalore is followed by Mumbai Suburban and Thane, each with 2.3% share of the 31-lakh odd of the households earning 10-lakh and above across India. Pune, Ahmedabad, Ernakulam, Ludhiana, Surat, Delhi South West and Thiruvananthapuram make up the top ten here.
Pic : http://javeja.wordpress.com
Email Post