'Can't get you outta my head' 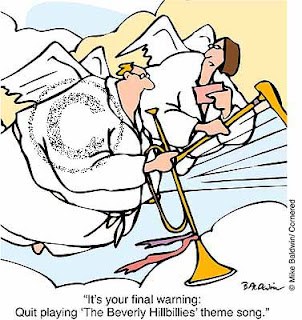 Research in the US has found that songs get stuck in our heads because they create a 'brain itch' that can only be scratched by repeating the tune over and over. In Germany, this type of song is known as an "ohrwurm" - an earworm - and typically has a high, upbeat melody and repetitive lyrics that verge between catchy and annoying.Songs such as the Village People's 'YMCA', Los Del Rio's 'Macarena', and the Baha Men's 'Who Let The Dogs Out' owe their success to their ability to create a 'cognitive itch', according to Professor James Kellaris, of the University of Cincinnati College of Business Administration.
A cognitive itch is a kind of metaphor that explains how these songs get stuck in our head. Certain songs have properties that are analogous to histamines that make our brain itch. The only way to scratch a cognitive itch is to repeat the offending melody in our minds.
Email Post