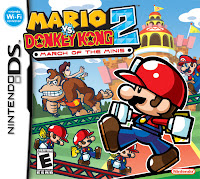 The typical gamer profile is, youngsters in their teens and 20s. Firms that dominate this industry tend to keep their games relevant to this demographic. Nintendo is now doing it differently.

Not the leader in this industry, Nintendo's change in strategy is about 'gaming for the masses'. And it seems to be working for them. At this year's E3 video gaming conference, Nintendo unveiled three new peripherals designed to appeal not just to gaming's fanboy base, but to their moms: the Wii Wheel, the Wii Zapper and the Wii Balance Board.

In fact, Nintendo made a name for itself last year by appealing to amateurs--nongamers who bought the Wii because it didn't look like a traditional console. From brain exercises on the Nintendo DS to Wii bowling tournaments in senior citizens centers, the company stretched the traditional definition of "gamer."

Making games appeal to the masses has been a defining strategy for Nintendo in the last few years. It's a strategy that is paying off. The $250 Wii console has been sold out for the last 33 weeks and has outsold PlayStation 3 by 2-to-1. Though Xbox 360 and PlayStation 3 are more technologically sophisticated, they are also more expensive, making Wii more attractive to nontraditional gamers. And that's where the growth is for gaming.