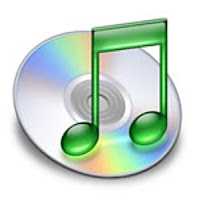 Price Discrimination occurs when a firm charges different price to different groups of consumers for the same product or service, for reasons not associated with costs. The conditions required for price discrimination to work are -

a. Difference in price elasticity of demand between markets
b. Barriers to prevent consumers from switching from one supplier to another

Apple, Universal and Sony BMG are now fighting to stave off charges of price discrimination. Apple, the American electronics group, and the music companies Universal and Sony BMG will defend themselves today against claims by the European Commission that iTunes’ pricing across Europe disadvantages British consumers.

At issue is the pricing of songs on iTunes. Consumers in Britain pay 79p, but customers in the eurozone pay 99 cents, the equivalent of 54.8p. The Apple online stores do not allow Europeans to shop at stores in other countries, meaning that British customers are forced to pay more.