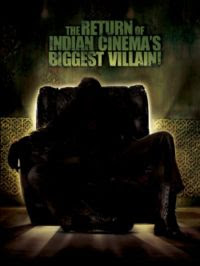 An ET report cites distributors as saying collections for RGV ki Aag are as low as 10% to 15% across territories in India except for Uttar Pradesh where they are marginally better at 20% to 25%.

The losses suffered by domestic distributors are estimated to be in the region of Rs 16 crore. A trade analyst estimates that distributors could lose about 70% of their investment and has rated this as one of the biggest disasters of recent times. Co-producer Adlabs had pre-sold the movie in the domestic market but stands to lose Rs 5 crore to Rs 7 crore overseas where the initial collections have been as poor. Industry analysts say the poor response could also be due to a publicity campaign which churned out promos and posters more suited for a Bhojpuri film!
Email Post
Labels: Collections Movie