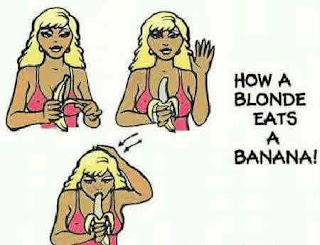 When confronted with stereotypes, people tend to behave in line with it. In a certain other way, people tend to believe what they are led to believe. They would rather not confront the assumptions on which a particular belief is based, instead choose to go along with those stereotypical assumptions. That makes it easier for them to get on with their lives. Stopping to question is indeed tiresome.

Researchers have now found that when men meet fair-haired women they really do have a “blonde moment”. They found that their mental performance drops, apparently because they believe they are dealing with someone less intelligent. Researchers discovered what might be called the “bimbo delusion” by studying men’s ability to complete general knowledge tests after exposure to different women. The academics found that men’s scores fell after they were shown pictures of blondes.

Further analysis convinced the team that, rather than simply being distracted by the flaxen hair, those who performed poorly had been unconsciously driven by social stereotypes to “think blonde”.

rantravereflect/ jane said…
dumb blond babeS..
Indian men are said to have a high IQ. I now know why. THEIR women are brunette/raven n not blonde!
hA HA ha..

What was the initial response of teh masses on hearing abt Daniel Craig- 'He's the first blond bond.. He's friggyn blond!!'.
cRITICS PANNED his selection as Bond, though they were silenced by his charming performance.
You're right- its pretty much conitioned response!
Nov 23, 2007, 8:06:00 PM