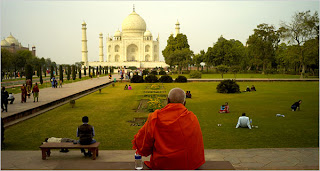 NY Times reports that India is now a must see/visit place.

'A soaring economy and crumbling trade barriers are making India a “must visit” destination for foreign politicians and executives. The crush of visitors, often first-timers but also companies seeking to expand their existing operations here, lands daily. They all hope to sign deals, find local partners, sell their wares or just soak up the contradictions that characterize the world’s largest democracy, a singular melding of chaos and opportunity.

Bald demographics make India impossible to ignore, and the slowdown in the United States economy adds to its appeal. About half of the country’s 1.1 billion people are under 25, and its rapidly expanding middle class is already estimated to be as large as the entire population of the United States. A rocketing stock market and a fast-growing class of the superrich add to its appeal.'