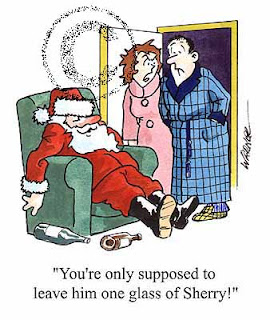 Is Christmas just the prefect excuse to hit an all time 'high' in Kerala?

Inside kerala reports that Liquor sales in Kerala are heading for an all time high of Rs 2030 crore by end of November, up from Rs 2000 crore during the same period last year. The Kerala State Beverages Corporation, the sole wholesalers of liquor and beer, reported that in the month of December, the total sales was expected to go up by 26 per cent as compared to other months because of Christmas. Total liquor sales went up from 8.6 million cases last November to 9.4 million cases this year and beer sales also went up from 2.8 million cases to 3.5 million cases.
Email Post
Labels: Liquor Sales