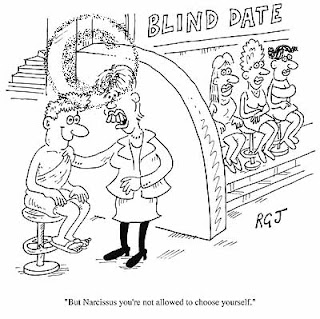 A considerable number of people don't seem to be narcistic. At least that what the Pew Internet and American Life Project study seems to show.