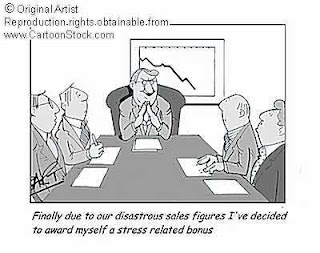 'Tell me, is there some society that doesn't run on greed......the world runs on individuals pursuing their self interest...'

So said the legendary Milton Friedman (watch the video here).

With that in mind, its not easy to get carried away by Sandeep Goyal's exhortation in his article, 'League talk: Creating fans or fanning consumers?', where he exhorts 'IPL and its franchisees need to keenly focus on creating, nurturing and growing fans, real fans, not just consumers for their sports brand.'

His cause is noble. Yet the question that needs to be asked is, what's the difference between the 'real fan' and the 'consumer of a sports brand'? After all who is the purist out there who 'consumes' without a speck of selfishness; the fan who watches with a stake that is truly unblemished by his own needs and desires, as they say 'for the love of it all'?

Its good to remember that our actions are in most cases dictated by the overwhelming need to fulfill our own needs, though we may never quite admit that. And again, there's nothing wrong with such urges as long as they operate within the confines of what is acceptable. Also its important to note that the payoffs for us don't necessarily have to be tangibilised in the form of money. They may even be emotional payoffs. Is the latter justified over the former? Is the former to be frowned upon?

Is it right for Sandeep to say its about the money for the the likes of Sourav or Jayasuriya but not so for Ishant Sharma and Manoj Tewary? I quote, 'For that every one Ishant Sharma or Manoj Tewary, there is an aging Jayasuriya or Sourav who are obviously playing to top-up bank balances before they soon hang-up their bats.'

Who's in it for anything other than payoffs to themselves, whether in cash or in any other form? It would be foolish to expect anything different, and let me repeat, it would be unwise to damn the greedy. 'Cos in the end we ourselves are what we ask others not to be.