Does evil exist; how potent is the 'fear appeal' ? 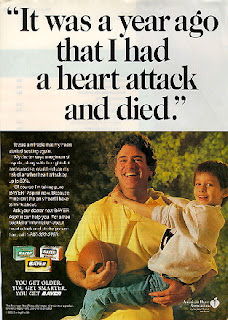 When Scott Peck in his book, 'People of the Lie' tells us about Bobby, whose parents made him a gift of the rifle with which his brother had committed suicide, he demonstrates to us that 'evil' exists and is manifested in acts all around us.

Peck's thesis is simple: There really is such a thing as human evil, and it has certain definable characteristics. Human evil is that which destroys human life. More telling, however, is what characterizes evil. According to Peck, it is the persistent and accumulative refusal of the evil person to face the truth about himself. He may admit publicly that, of course, he is a sinner just like everyone else. But deep down inside he does not believe it. So rather than face up to his own sin he is constantly scapegoating: laying it on other people, making his faults theirs. Evil people are masters of disguise, morally. They are constantly dodging their conscience. In other words, evil people are liars.

If evil does exist, can Arun Maira and many others like him be wrong when they describe President George Bush's presidency as one that was earned by 'selling' an idea of the 'existence of evil' to a hapless, unthinking electorate? Arun Maira, in his article, 'What we want to be' states, 'Amidst this democratic cacophony, various formations, some political, others economic, are competing for their vision of the future of the country to prevail. It is always easier to sell a negative vision — one that is based on fear of an enemy against which a leader can rally people. Thus the neo-Cons in the US were able to propel George Bush and the Republican Party into a very powerful position against the Democrats by exaggerating the threats from the so-called Axis of Evil.'

Its therefore safe to conclude that 'fear appeals' need to be orchestrated with much care. Also its fair to note that the electorate out there is not as hapless and unthinking as commentators make them out to be.

Mehudi Torika said…
Get inside touch with 1-855-637-4055 for a professional palm readings. I'd really like take the moment in order to let an individual know exactly about MY PERSONAL most up-to-date the top clairvoyant page page. I has become previously working truly hard, i appreciate people for allowing me to share the with you.
Aug 23, 2014, 1:39:00 PM